One of my goals was to be able to generate topographic maps with nice contour lines given that I think Perlin Noise gives a very nice base to generate the terrain, so I set off to try and draw those curves. After a bit of trial and error all my naive approaches failed and when I searched a bit I came across the Marching Squares algorithm as a likely tool so I decided to tackle that first.

As Wikipedia tersely puts it

The algorithm itself has three steps:

Let me illustrate how I approached the steps:

First, I needed to a grid of values, and thanks to Perlin Noise it’s easy to generate one with values that make some kind of sense for this exercise 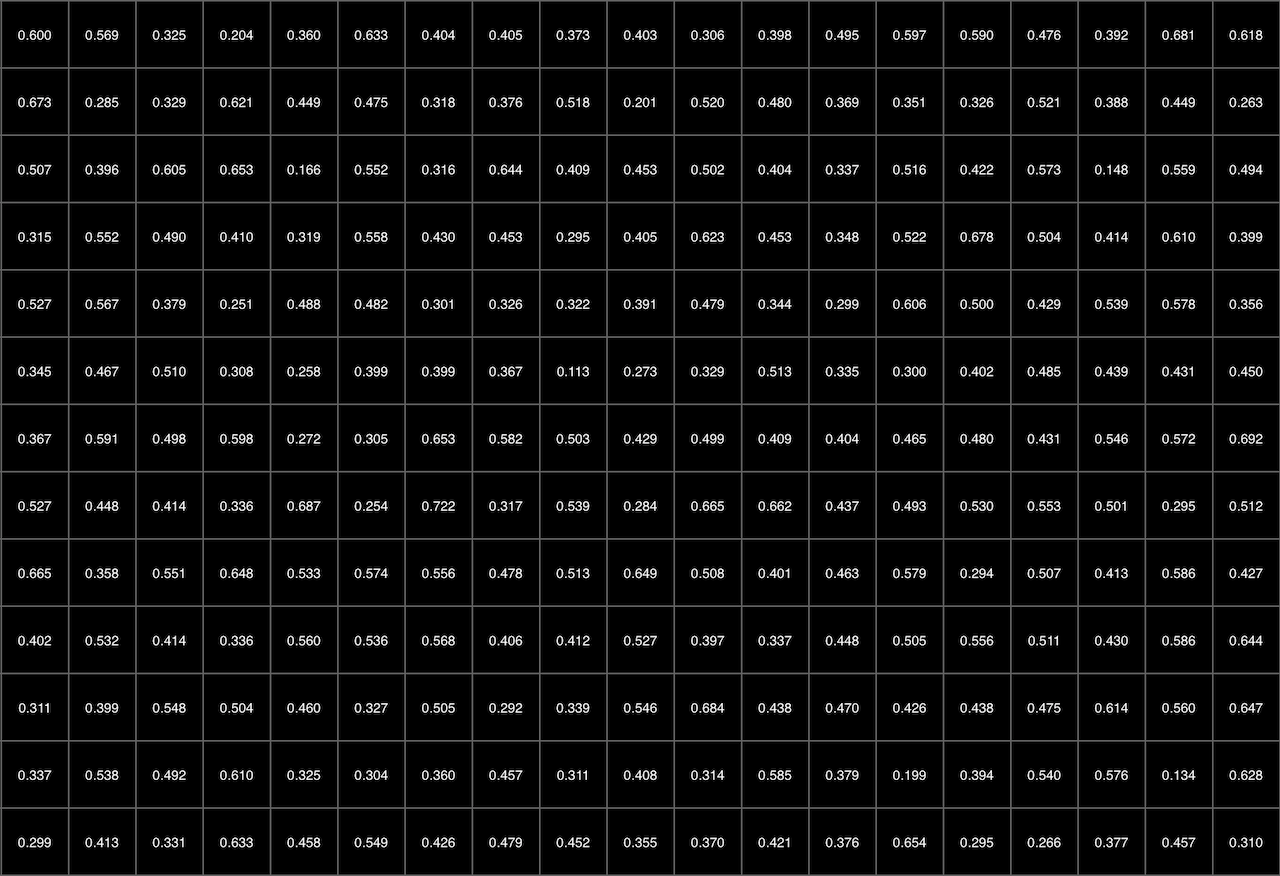 As the perlin noise values range from 0 to 1, I put the threshold (isovalue) at 0.5, anything above that would be a 1 on our new grid. As we’re taking 2x2 chunks of this new grid, we’re centering the result between 4 points, which sort of looks like this 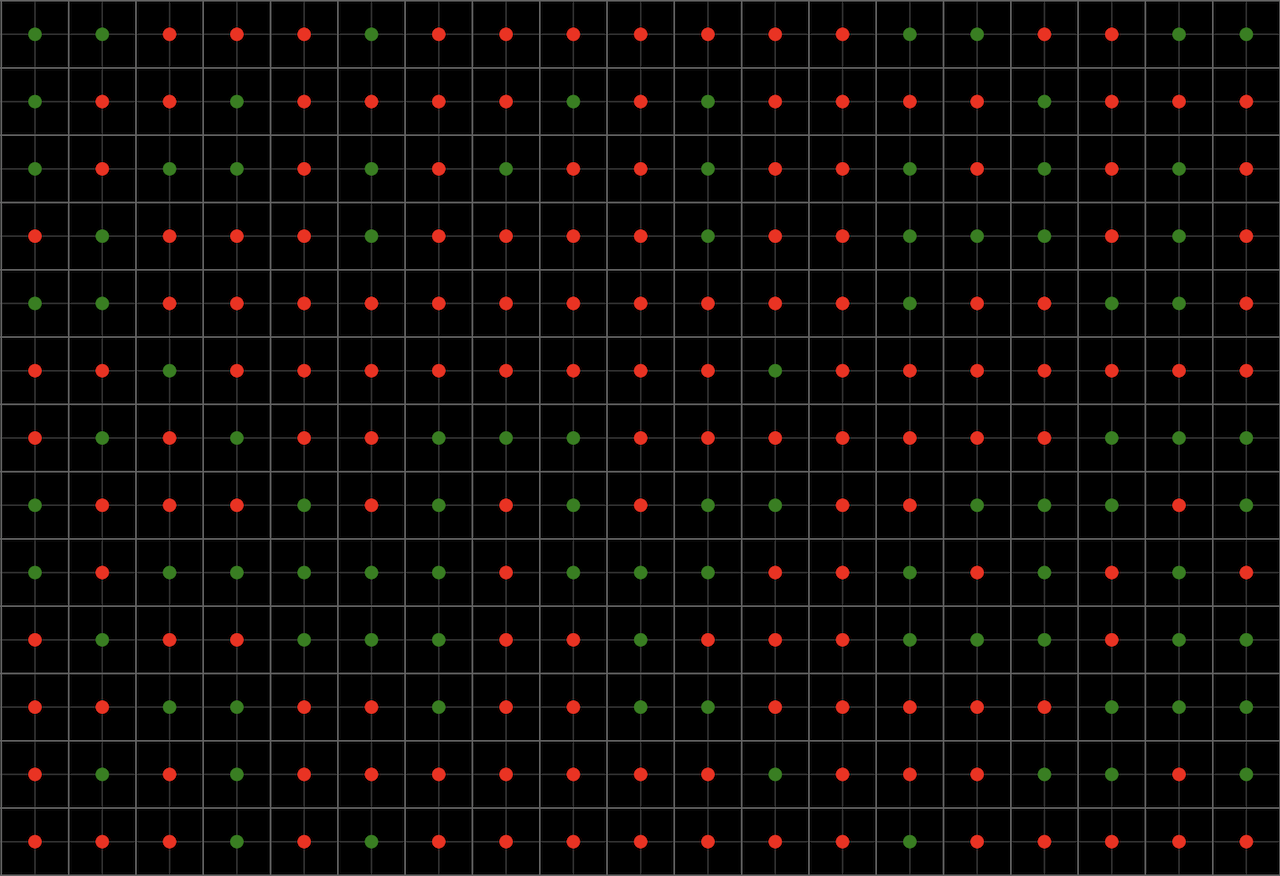 With this in hand we can now build our contour lines and to do that, we need to walk the new grid taking 2x2 cells and mapping them to a specific shape

And so we end up with this 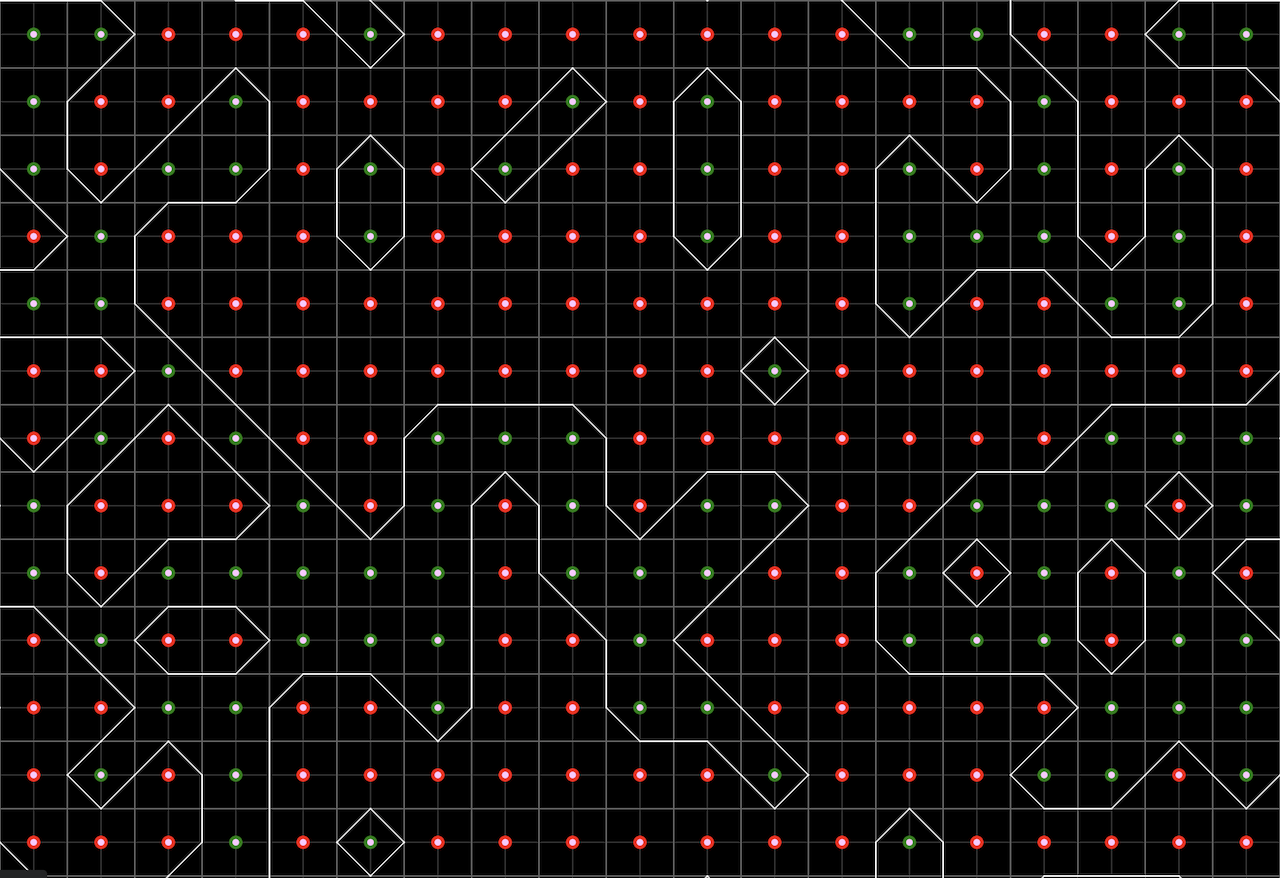 There is a final detail to this last step. The algorithm does require that we:

Apply linear interpolation between the original field data values to find the exact position of the contour line along the edges of the cell.

The way I approached this is rather clumsy, what I’ve done was take the two values at the edge I’m drawing the line and sort of calculate a percentage and use that to position the contour line. It does look slightly nicer, but I’m not sure this is the correct implementation. 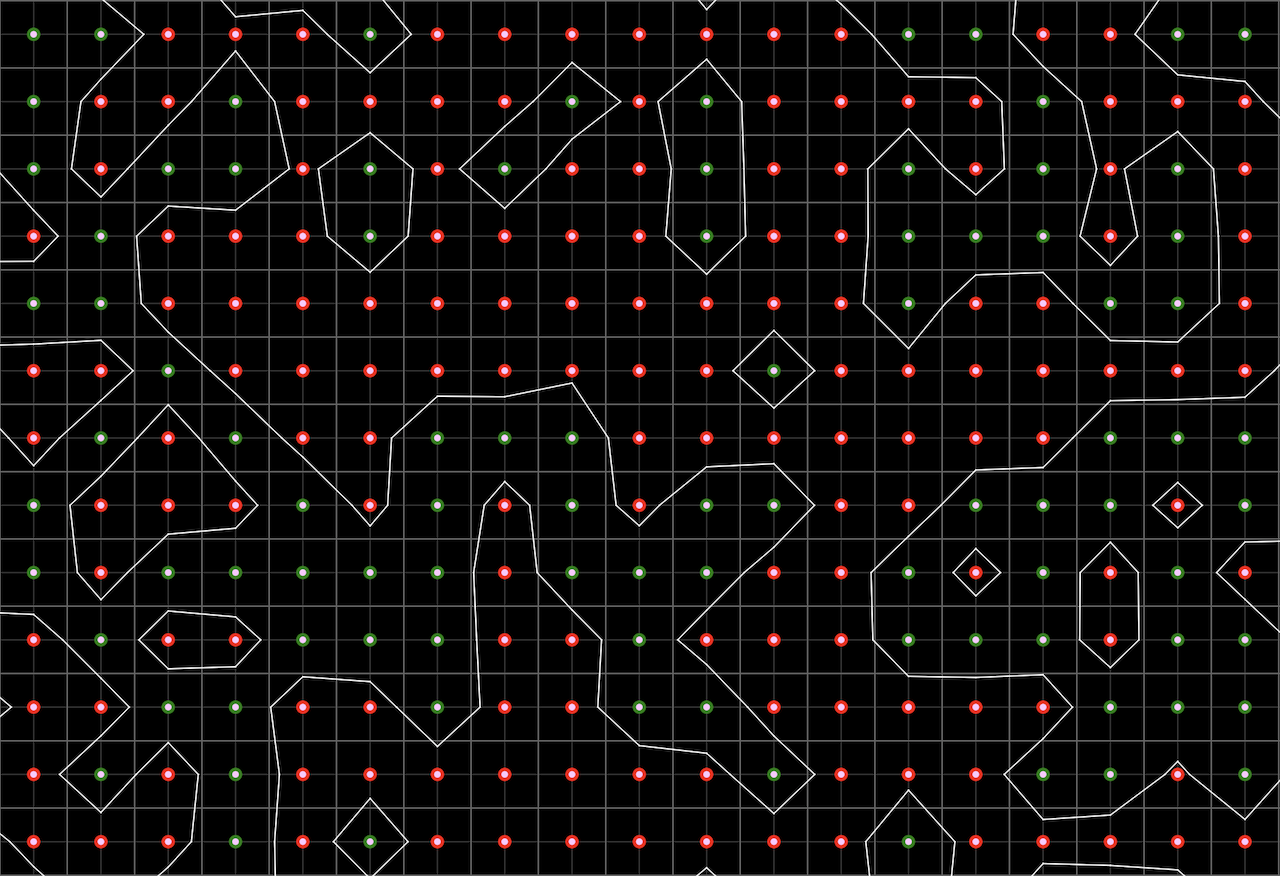 Check under the hood?

All the code that runs this experiment is bellow, apart from any external libraries (i.e. p5.js)